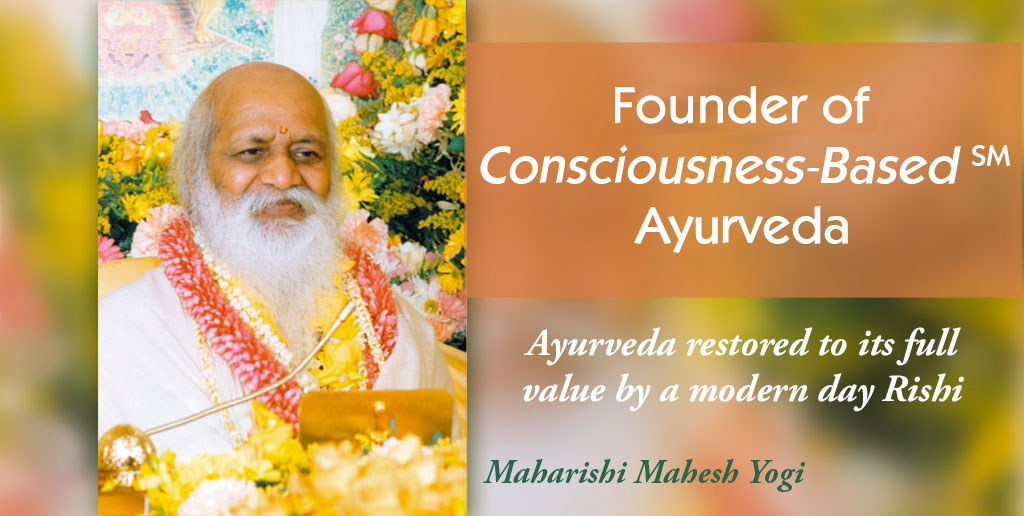 Maharishi Mahesh Yogi and the Revival of Ayurveda

Maharishi Mahesh Yogi, renowned Vedic scholar and teacher, introduced the Transcendental Meditation® (TM®) technique to the West over 50 years ago.

Beginning in the late 1970s, Maharishi turned his attention to the revival of Ayurveda, the ancient Vedic science of health care. He gathered around him the greatest Ayurvedic physicians of his age, scientists, and modern medical doctors, and under his guidance they developed a modern revival of Ayurveda called Maharishi AyurVeda healthcare. This modern formulation of Ayurveda re-establishes its original focus on the pre-eminent importance of consciousness and mind-body balance in creating good health.

What Is Maharishi AyurVeda Healthcare

Ayurveda, the traditional medical system of India, is the world’s oldest continuously practiced tradition of medicine and has been recognized by the World Health Organization (WHO) as an effective and sophisticated system of natural health.

Maharishi AyurVeda is a holistic system of health care that includes mental, physical, behavioral, and environmental approaches. The goal of these approaches is to enliven the body’s inner intelligence, which is understood to be a unified organizing principle at the basis of all physiological self-repair and balancing mechanisms.

This inner intelligence expresses itself in the body as three primary governing factors or doshas – called Vata, Pitta, and Kapha – which regulate the different functions of mind and body. When these three doshas are in balance, they promote good health and longevity; when they are out of balance, they may produce disorder and disease. When examining a client, the practitioner trained in Maharishi AyurVeda healthcare will first assess the underlying state of balance or imbalance of the three doshas and then, based on this assessment, prescribe therapeutic regimens to restore balance.

For the past 30 years, over three hundred and fifty research studies have been published in peer-reviewed scientific journals on the efficacy of components of the Maharishi Integrative AyurVeda system, including the Transcendental Meditation technique, specific herbal preparations, and physiological purification procedures. The National Institutes of Health (NIH) has funded over $25 million in grant support for research on the Transcendental Meditation technique and other Maharishi AyurVeda modalities in the prevention and treatment of cardiovascular disease.

The Transcendental Meditation® technique, Maharishi AyurVeda®, and any course, service, or product on this site is not intended to be a substitute for professional medical diagnosis or treatment.

Always seek the advice of your physician or other qualified health provider regarding any medical condition or changes in lifestyle, exercise, or diet.